Hayes & Associates was established in Wainuiomata in 1988, where it represented Vincenzo Bernardelli and Mitchell Arms; and where the Hayes family reared over 200 endangered New Zealand Brown Teal in captivity. 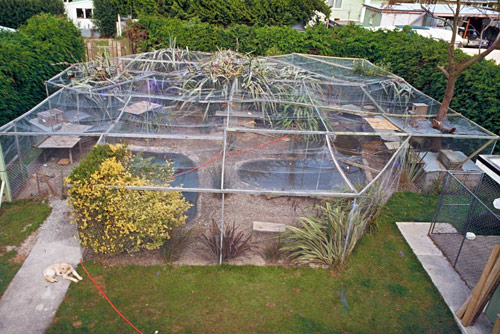 The Hayes' backyard aviary - where over 2,000 NZ Shoveler, NZ Scaup and NZ Grey Duck were also reared and released into the wild. This facility featured on three national television programmes.

But long before this Neil & Sylvia Hayes were foundation members of the NZ Pistol Association in 1969 and played a major role towards enabling target pistol shooters to participate in international pistol shooting events.

At the first ever National Pistol Championship in 1969 Neil won all three national titles and Sylvia finished 14th out of 40 competitors. 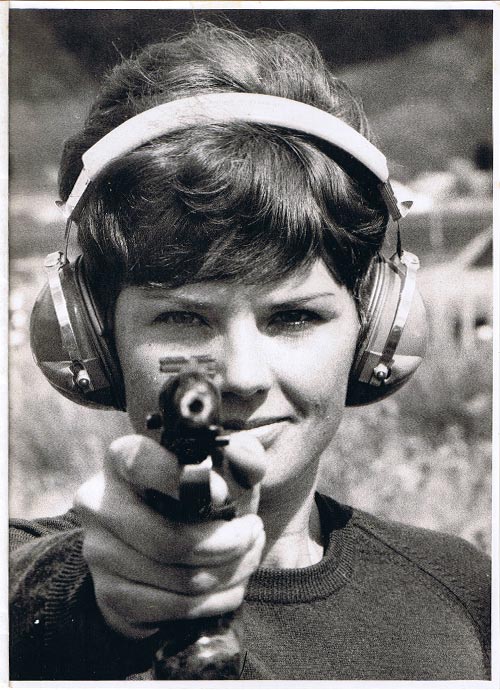 Neil then went on to become a national champion in 13 of the 15 national pistol events.
In early 1970 when pistol shooters were first allowed to use revolvers and semi-automatic pistols there were no established importers interested in importing such firearms, so Neil & John Howat founded Wellington Sporting Arms Company and soon became agents for LLAMA, ASTRA, STAR, BERNARDELLI and more.

The new Company operated part-time, but by 1977 had rapidly grown to become a major firearms imported and Neil opted out of the Company to concentrate on his involvement with Ducks Unlimited NZ, where he was Director of OPERATION PATEKE – which aimed to save the endemic brown teal from extinction – and soon established 39 participants, spread from Southland to Northland, breeding brown teal in captivity.

For his 30 dedicated years of work with Brown Teal Neil was awarded a Queens Service Medal in the 2005 New Year Honours. 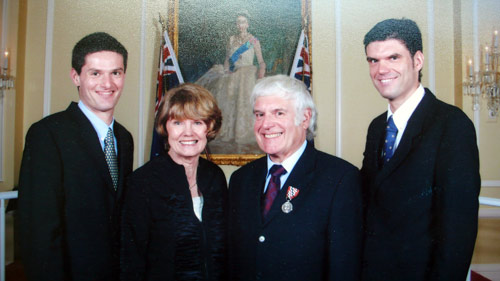 Prior the QSM Neil was awarded a Doctorate in Environmental Management after he presented over 500,000 published words on wetlands and brown teal to Knightsbridge University in Denmark for degree consideration under the University's Published Works category. For such degree applications Knightsbridge operated in association with Duisburg-Essen University in Germany and in 2004 a Doctorate was duly awarded.

But back in 1988 the opportunity arose for Neil to again represent Bernardelli in New Zealand, so having held a Firearm Dealers licence since 1967 (when he made the first cartridge revolver to be approved by the NZ Police) he founded Hayes & Associates in Wainuiomata; from where the new company, also operated part time – until 1992, when Neil & Sylvia purchased a block of land, which included part of Taumata Lagoon, and built a house in the Wairarapa.

Neil then established Hayes & Associates as a full-time operation; after taking 'the Golden Handshake' from the Open Polytechnic, where he had been employed for close to 24-years.

Since 1992 Hayes & Associates became a major importer of all types of firearms and associated equipment and today has represented A UBERTI since 1993, DAVIDE PEDERSOLI, ARMI SAN MARCO & EUROARMS and since 1996, BREDA, PIETTA, CHIAPPA, HUGLU & ARMED; plus Starline Cartridge cases, Parker-Hale and Smartreloader equipment.

The Company also markets numerous other products sourced from other New Zealand importers.
Hayes & Associates offer superior after-sales service, carry vast stocks of parts and accessories and carry out over 90% of gunsmithing work on site.

Soon after moving to the Wairarapa Neil & Sylvia joined the Wairarapa Pistol Club and in 1997 they were part of a team that organised the first ever National Western Action Championships. This annual event went on to achieve over 2 ½ hours of national TV time, with numerous TV Stars attending – and participating. 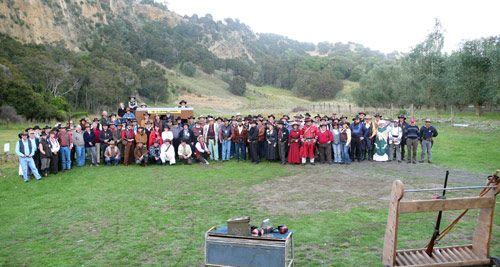 At the last Trail's End that the Hayes' helped organise was in 2011, when well over 150 cowboys and girls sat sown for the Saturday evening banquet – all prepared by three cowboys; two from Waiuku and one from Akitio!

Soon after purchasing the block in the Wairarapa the Hayes’ family commenced a major native tree planting programme in the central area of Taumata Lagoon.

Between 1990 and 2000 well over 7,000 Totara, Kahikatea, native swamp flax and numerous other native shrubs and trees were planted.
Approximately half of the Taumata Lagoon environment is protected in perpetuity by a QEII National Trust OPEN SPACE COVENANT. Large numbers of visitors - including customers – visit the area every year.